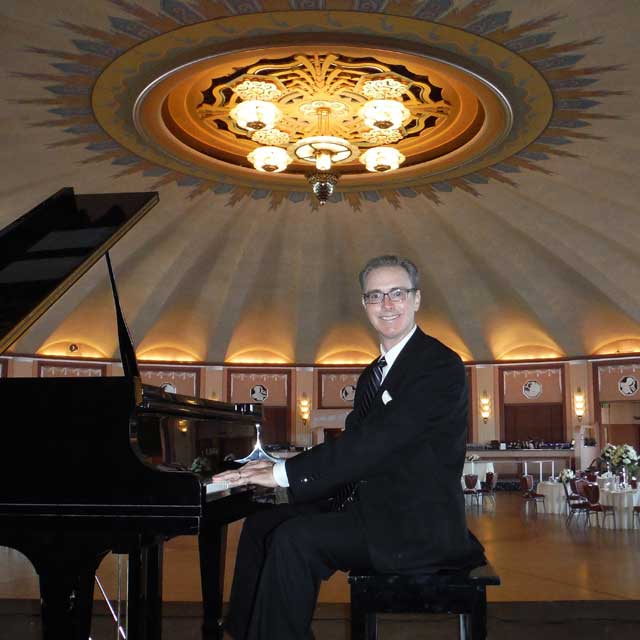 If you enjoy classic New York style cocktail piano jazz, have longtime Manhattan pianist Kevin Fox bring elegance and sophistication to your event with his renditions of the great American standards of the twentieth century. For 20 years, Kevin performed at many of New York City's finest hotels, private clubs and restaurants - playing the timeless and enduring songs of "The Great American Songbook" and jazz standards of the 1950s and 1960s. Now based in Southern California since 2009, Kevin continues to capture the glamour and romance of "Old Hollywood" playing classic cocktail piano for parties, events and at fine hotels, restaurants and clubs in Southern California and the Central Coast. Kevin performs for events in Montecito, Beverly Hills, Pasadena, on Catalina Island and throughout Santa Barbara, Los Angeles, Ventura and San Luis Obispo Counties.

What is the Great American Songbook? This refers to the most memorable American popular songs that were originally published during the time period considered to be "The Golden Age" of popular songwriting - from the early 1900s until about 1950. Many of these songs were written for Broadway musicals and Hollywood films during the 1920s, 1930s and 1940s. These are songs that have withstood the test of time and have become an everlasting part of our popular culture. For example, people of all ages are likely to recognize such classics as, "It Had To Be You", "Over The Rainbow" and "As Time Goes By". Pianist Kevin Fox plays all the classic songs from "The Great American Songbook" - including the music of Irving Berlin, George Gershwin, Jerome Kern, Cole Porter and others. 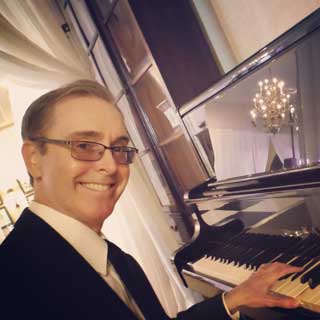 There are many classic popular songs from the 1950s and 1960s that were originally written for motion pictures and Broadway musicals and have become standards in the cocktail jazz piano repertoire - and Kevin plays them all. This includes songs written by Henry Mancini, Antonio Carlos Jobim, Jimmy Van Heusen, Johnny Mandel and others. This also includes songs that were popularized by vocalists, such as Frank Sinatra, Nat "King" Cole, Tony Bennett and Dean Martin. Many of these songs are familiar to everyone - such as "Unforgettable", "The Girl From Ipanema" and "Fly Me To The Moon".

"Kevin was great from start to finish! I needed someone who could come in and play that perfect jazz piano background music for our cocktail/birthday party. He pulled that off with ease and by the end of the evening, people had gathered around the piano making requests to sing along to. Things were going so well that I further enlisted his services beyond the originally agreed to time-frame and he was very accommodating. As a piano player of 30+ years myself, I can vouch for his skills to entertain. I'd definitely hire him back again should the opportunity present itself. Thanks, Kevin!"
-Marc

"Kevin Fox is in my experience, one of the most talented, and experienced pianists I have ever had the pleasure of working with. We hired him for semi-regular playing at the hotel that I manage and everyone was absolutely in love with him. His ability and talent for music is amazing. He would often accompany me while singing in the hotel lobby with no prior experience with music that I would give him. His sight reading is impeccable and his ability to follow a singer, is excellent. Not to mention he dresses very sharply for the part, and couldn't be more of a pleasure to be around. He has an extensive library of songs he knows, and has never failed to take a request. If you are looking for someone to bring a ton of class, elegance and talent to your get together, look no further than Kevin Fox. We were extremely lucky to have such a talented musician play for us! He will absolutely liven up your occasion!"
-Kenneth

Cocktail Piano Standards Of The 1950s

Cocktail Piano Standards Of The 1960s